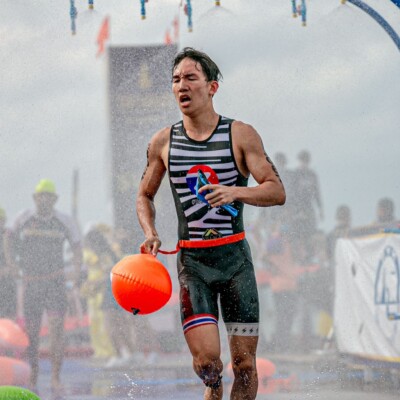 For high school students in Asia looking forward to the transition of studying and competing in the US college system, the search for the right fit can be daunting. Vorawuth Pattrakulchai, “Pun Pun”, is an example of the rewards and joy that come from persevering through the process. Recently committed to Wingate University in North Carolina as the first ever Thai college triathlete, the journey for Pun Pun has not always been easy or straightforward. Like many triathletes, he discovered triathlon after developing through the swim clubs. 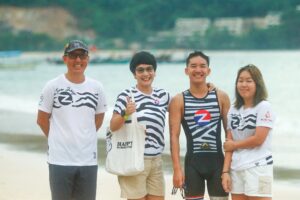 Pun Pun’s journey began when his family moved to Vietnam while he was still in grade two. Like most kids, Pun Pun was happy to play many sports, from volleyball to track to swimming. However, as time passed, he found himself focusing more on swimming. His passion led to a weekend trial with Miguel Lopez’s swim team in Phuket, Thailand. Known nationally for producing world-class swimmers, Pun Pun vividly remembers the first day of his trial with Coach Miguel.

Coming from his school in Vietnam with a profile an inch thick, he says that Miguel merely “peeked at the times, and then put it away in his bag and told me to hop in the pool.” Pun Pun was placed in lane 1, usually reserved for the best swimmers, under the careful eye of the coach. It ended with Pun Pun failing to survive the warm-up, remarking that “my ears were ringing after stepping out of the pool.” While everyone else continued the workout, Pun Pun was given a long talk and a choice – go back to Vietnam, or train with the younger squad. 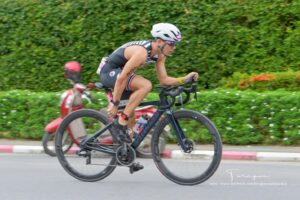 Pun Pun decided to stay committed, and spent 6 months fixing his stroke and building endurance. At the end of this 6-month period, he was allowed to rejoin the gold squad, where has competed ever since. Though he was finally able to keep up with the team, he remembers that it was a very tough first year. However, he has come a long way since then; now, it is commonplace for Miguel to use his story as an example of the value of perseverance and never giving up. With the gold squad, Pun Pun was able to take his swimming to the next level, finishing 4th overall at the Thai Southern Regional Championships. In the process, he was able to meet other Olympic medalists, as Phuket developed into a mecca for world class swim training.

Later Pun Pun was seen by Jurgen Zack, a famous Ironman champion from Germany who was running a triathlon training center in Phuket. Zack saw his potential in swimming and recruited him for his triathlon team. He was given the opportunity to meet and train with several famous triathletes during his time with Zack: Peter Wo (Bangsean Ironman 70.3 winner), Kristian Blumenfelt and Gustav Iden of the Norwegian national team, and Kenji Nener of the Japanese national team. “I got my butt kicked in those sessions, but it opened my eyes to professional triathlon and what it takes to be the best,” says Pun Pun.

The switch to triathlon from swimming wasn’t easy, though, as he had to build up mental strength, as well as develop proficiency in both biking and running. Whereas his swimming events would take no more than 3 minutes, even sprint distance racing in triathlon was close to an hour. However, having a good coach and training club has been invaluable in Pun Pun’s development. And being surrounded by both world class athletes and coaches has been both motivating and awe-inspiring.

Along with the inspiration he draws from Jurgen Zack and his outstanding race resume, Pun Pun also idolizes Jaray Jeranai, the top triathlete in Thailand. He says that Jaray is one of his role models because of his relatability, and his love of triathlon.  Jaray has been a great example of what can come from a commitment to excellence, and Pun Pun is striving to follow in his footsteps as a leader for the next generation of triathletes in Thailand. 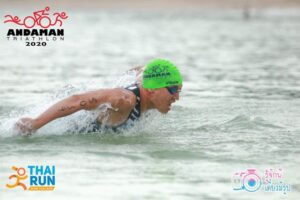 As Pun Pun turns from the past and looks to his own future, he is excited. The other recruits in the Wingate triathlon team are a collection of athletes from around the world, including national team athletes on both the men and women’s sides. This will allow him to gain race experience in the US, as well as glean valuable wisdom from his coaches and older teammates. Within this group, he hopes to develop and improve as an athlete, and target a spot on the Thai national team. While at Wingate, Pun Pun will study sports management, and develop his skills to be involved in sport at every level of the business.

Through this journey, Pun Pun has been guided by the team at The Agency College Recruit. “I couldn’t imagine going through this whole process without The Agency. Getting recruited in the US would never have been possible, and there were moments of anxiety. But George and the rest of the team took my hand and walked us through the whole process as a family. It was a good feeling to know that someone was always going to be backing me up in all situations.”

As he embarks on this journey, it feels as if this is the start of another chapter in his life: swim, bike, run – college.