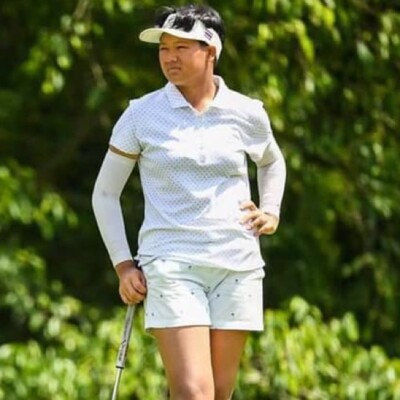 The most successful athletes in their fields are driven by a deep desire to be successful. For some, this means being competitive on the course, while others are driven on by a desperation to be at the very top of their field. There needs to be this drive to succeed because, where others fall away and become distracted from the ultimate goal, an aspiring athlete must be able to continue apace without a loss of concentration. For Thanana Kotchasanmanee (Ther), that drive has never been in any degree of doubt. 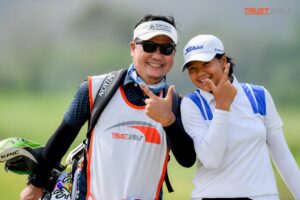 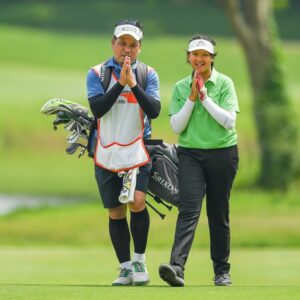 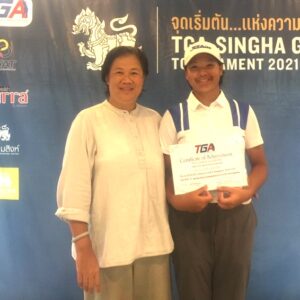 An amateur golfer growing up in Chiang Mai, Thailand, Ther did not start her athletic career on the golf course. In fact, her first foray into the athletics field began in the sport of archery. However, that career was short-lived after an accident which prompted her to quit the sport and look for other avenues of enjoyment and fulfilment. At 7 years old, Ther began tailing her father to the golf course. She became fascinated with everything about golf – from the multiple different clubs used to the delicacy required on the green to the ferocity with which some golfers could hit the ball. After following her dad around, Ther decided to start playing golf, though not with any degree of seriousness. It was only after entering her first tournament, and not winning that competition, that Ther decided she wanted to become a serious golfer. It was at this point that Ther decided she wanted to be a winner. 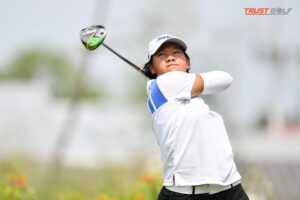 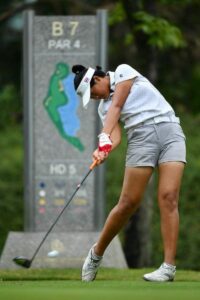 Soon, golf consumed all of her available time. Ther pulled out of the other sports at her school, and began to spend more and more time at the driving range and golf course. She was inspired by one at the very top of the golfing world – Tiger Woods. “I love the way Tiger Woods plays on the golf course, and he inspires me in the way he approaches the mental side as well as the physical side of his game.” This focus on the mental aspect to her game brought unexpected challenges. Among these was a frequent changing of her coaching team as they failed to understand the level of dedication and focus on all parts of her game. While they could help Ther perfect her swing, they didn’t address the mental aspects of golf, or form a game plan for her. It was at this time that her parents became ever more important: “I would like to thank my parents for their continued support in everything I do, even when it may have conflicted with some aspects of my educational pathway. Not all parents would have reacted as they did, which was in the absolute best way possible.”

It all yielded rewards, however, with a tournament win in China. It was her time at the top of the podium, and confirmed her desire to become a serial winner on the golf course. At this time, Ther also began to consider how golf could change her future, and it was at this point that she decided to pursue an academic career in the United States. Not only would it afford her the chance to get her degree, but it was also a step in the right direction for a young girl who has high hopes of one day playing in the LPGA. Ther is excited and confident for this future, one which she hopes will have great educational success, as well as good friends and a coach from whom she can learn a lot. 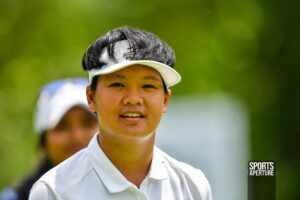 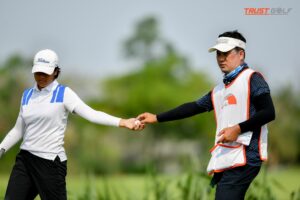 So, when Ther found The Agency College Recruit specializing in cases of both high school and college athletes looking for opportunities abroad, she knew she had found the right people to help her realize her dream. As a high school athlete, Ther hopes to transfer to a US school before making the jump to college athletics upon graduation. “The Agency has always given me the best advice in everything that I do. They advised me on the best high schools that would fulfill my academic and athletic needs, as well as making it very clear what the school experience would be like in the US, and how that was different from Thailand. The best thing was, of course, the ability they have to actually make dreams come true and give me the opportunity to pursue golf and study in the US. Finally, I would like to thank Khun George, who was with me every step of the way.”

We have been by her side through all this change, and we at The Agency expect to be there for the foreseeable future. Just like Ther, we want to see our athletes become winners, both on and off the sports field.