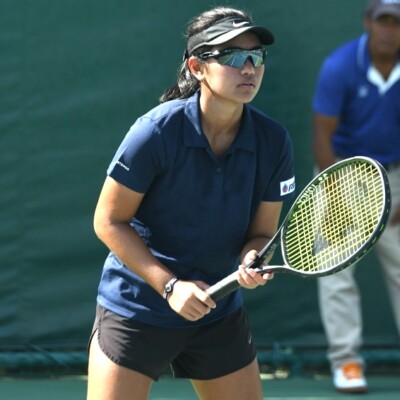 FROM OLD SCHOOL COURTS TO THE USA

For many, the image of playing a sport brings to mind images of an immaculate playing surface, surrounded by crowds of cheering fans. The reality is, however, that there are many steps before this level of performance can be achieved. That is not to say that this is not possible; at The Agency College Recruit, we have seen many athletes go on to achieve their hopes and dreams with our assistance. One such athlete is Thamonpan Jonglertrakul (Bell), who recently committed to the University of Massachusetts, competing in their tennis program. 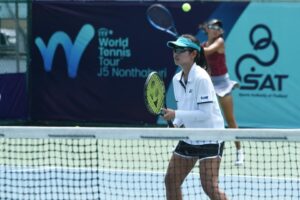 Growing up in Singburi, a small province in central Thailand, Bell had a normal childhood. She attended the local public school, hung out with friends in her free time, and, of course, played tennis. But it was a far cry from the playing surfaces found in the NCAA. From the age of 5, Bell played on an old court in Singburi, being taught by coaches as part of a larger group of tennis students. She was influenced to try it out based on the experience of her brother playing the sport.

During this time, Bell recalls that it was only fun with very little stress placed on her performance. The only thing that seemed remotely difficult was the long hours of practice she began to put into tennis outside of school. For hours on end, she would hit thousands of tennis balls, perfecting her swing and technique. When you ask her if she would change anything, however, Bell is unequivocal in her answer: No. And her success makes it easy to see why.

As a result of her growing success in the sport, Bell was called up to the U14 Thailand national team for tennis, which was a huge accomplishment for a young girl from a small town. It also represented her first opportunity to play in a big, international tournament. It was a moment of change in her athletic career, where she had multiple chances to play in prestigious tournaments, as well as face the growing pressure on her to perform. But, despite all the new things she faced, Bell recalls the experience with fondness, and notes that there was nothing quite like it.

Since her commitment to UMass, Bell has loved every moment. Despite that, there have been challenges. “Of course, everyone expects something new when they move to college. For me, I was trying to find the balance between studying and competing. It was a balance I struggled with in Thailand, but I am confident of making it work here in the US.” For now, she has her eyes on the short-term goals – finish her degree with good grades. She is still unsure about her post-graduate plans, whether they include working immediately after graduation, studying for a master’s degree, or continuing to play tennis. And she knows how important people in her life have been: “I would love to thank everyone who has helped me throughout my journey – my family, friends, and the Agency, who have all given so much help.” 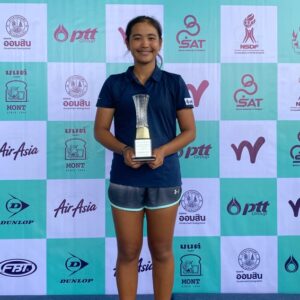 Whatever her goals for the future are, the Agency plans to be with her every step of the way. We are committed to making sure that our clients achieve their dreams no matter their background, and that the journey is as smooth as possible. “The journey went well, with everything going as expected with no surprises along the way. The Agency helps you talk to coaches, prepare for interviews, and answers all your questions. Just like they did with me, they will help you make sure you get into the university of your dreams.”

From her humble beginnings on an old school court in Singburi, Thailand, Bell has accomplished a whole lot. And we wholly expect even greater things from her in the future.