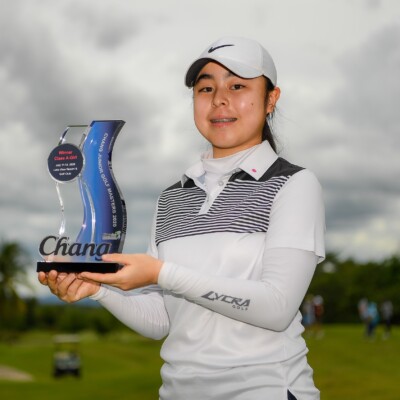 A Focus on the Process

As sports becomes more competitive, particularly US college athetics, it is easy to become so focused on winning that we lose sight of the beauty of sport. Pimpisa Sisutham, “Sandwich”, has managed that challenge in her journey to the varsity golf team at Kent State University by focusing on the process. It is a lesson that has served her well throughout the hardship and uncertainty that many face in trying to find their path in college golf and beyond.

Sandwich started playing golf when she was eight years old in Pathum Thani, Thailand. After a day at the driving range during school, her brother came home to tell his parents just how much fun it had been. It was that initial interest from her sibling that convinced her to pursue the sport as well. At first, Sandwich gave no thought to becoming an LPGA player, or even pursuing college golf. However, her passion for the game grew, and it became apparent that she was willing to make a major commitment to her development in the game. The ability to gauge yourself against past results is a huge draw for Sandwich: “Golf is different from other sports because we have to compete with ourselves, not with anyone else.” 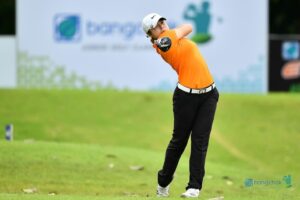 Her passion and skill have only grown since then, culminating in a 2020 Player of the Year award at the AMG Junior Golf Tour in Thailand. This has been coupled with success at additional individual tournaments, including a 6-under-par score at the 2020 Chang Junior Golf Tournament. She says, “It felt amazing to be able to hit under par; I felt like I could putt anywhere and it was going in.”

The journey has not always been easy sailing; Sandwich notes that, when attending (and winning) a tournament in Malaysia at 10 years old, she cried a lot. However, she has matured since then, to become more at ease with her game, and much calmer during these tournaments: “Now, I try to control my feelings and enjoy it.”

It has been difficult to put that into practice over the past year, as her sports pathway was disrupted by the global COVID-19 pandemic. After her great success in 2020, Sandwich was hoping to push on this year; however, she has not let that get her down. She still practices 5 days a week after school, with fitness sessions and tournaments over the weekend. She says that the extra time has allowed her to come back to the basic processes of golf. There have been moments of doubt when she thought that bad performances might affect her recruitment, and that expectation can put a great deal of pressure on an athlete. But Sandwich has said, “I focus on the process, not the result. It is a difficult thing to do, but I am confident of coming out better after this.” 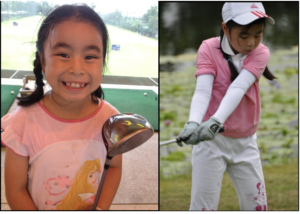 Despite the hardship, Sandwich has high expectations for her college golf career at Kent State University. She hopes to play as many NCAA tournaments as possible, constantly gaining valuable competition experience at a variety of US golf courses. She is excited to see the process of improvement continuing at the next level at KSU, as well as meet up with her teammates. In a team filled with girls who will shoot under par on a regular basis, Sandwich hopes to learn a lot, ranging from the mental game to the physical mechanics of golfing. With this improvement in mind, Sandwich has big dreams to become an LPGA player in the future, while also supplementing her athletic career with a major in finance.

Throughout the process of realizing her dreams, Sandwich heaps praise upon parents who understood her, and stood behind her.  They encouraged her even in the face of bad results, which was especially poignant when she witnessed other athletes without that type of support network. While at school, she hopes that regular Zoom calls will help her to continue to stay connected with them, because they are just as excited to be a major part of the journey she has begun.

Even with a support system like Sandwich’s in place, she remembers how difficult it was to gauge a coach’s interest in her, all while balancing her studies and golf schedule.

In that respect, the Agency has helped her in every aspect of her journey, from a coach’s email list to mock interview sessions. “I want to thank my parents for deciding to use the Agency. Thank you to Mr. George and his team, who were always on top of things, and who helped us from the very beginning. At first, I didn’t think I had a chance to go to the US, but that dream has come true and it is completely unbelievable.” 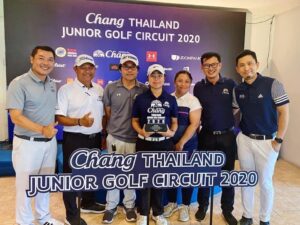