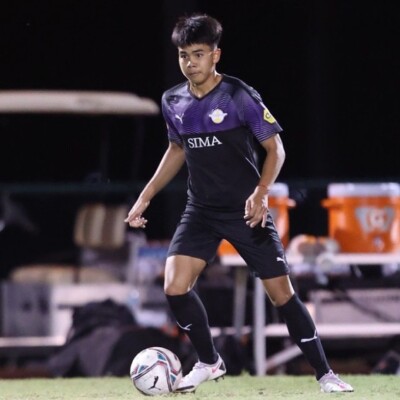 Those who go on to do great things often face some degree of hardship in their rise to the top. For many, the image is of rising from the ashes of defeat or failure to face the new world that awaits them. While we would like to believe that the pathway to professional sports is easy and free of obstacles, we at The Agency know that is not the case. The best we can do is surround ourselves with a support system that helps us to weather those dark days, as well as continue to fight. For Poom Dhararag, that fight is still going strong at Daytona State College. 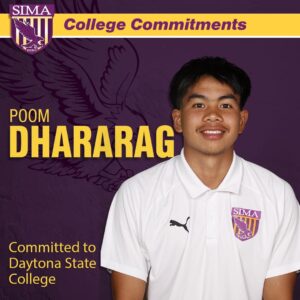 Like many aspiring young footballers, Poom began his footballing journey at the very tender age of 10 years old. Growing up in Bangkok, he remembers his childhood with great fondness, surrounded by friends, family, and of course, sports. His family introduced him to a wide array of sports, from tennis to golf to soccer. But the “beautiful game” held a special place in his heart, and it was this sport that he eventually decided to pursue. Putting soccer before all other sports at the age of 12, Poom says that it was at this point that he decided that he wanted his future to include soccer. 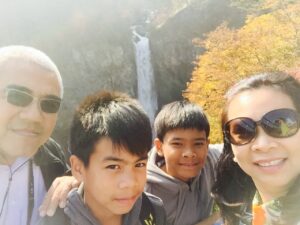 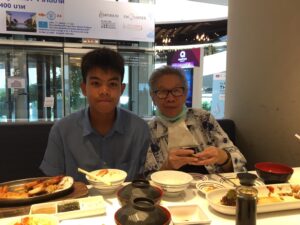 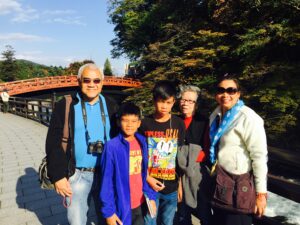 Big dreams often require us to overcome big obstacles to achieve them, and Poom’s story is no different. In his journey, family has often played a large role, both at a younger level and later on as he has pursued his dreams in the United States. While many student-athletes may have parents and family that are indifferent, or in some cases wholly against, towards the idea of pursuing a sports career, Poom’s family was nothing of the sort. “I want to thank all of my family, who always told me to never give up and to keep going. I want to thank them for their continual belief in my ability and my choice to pursue soccer.”

Poom would need to draw on this familial support system when he faced the largest obstacle of his young career: the passing of his grandmother, named Ooh. He recalls his grandmother with fondness, remembering that she “always used to play football with me, and push me to never give up on my dreams.” With such strong support for his career coming from his grandmother, it is no surprise that her passing was a big event for Poom. He remembers the passing of his grandmother with extreme sadness, and notes that he went through an extremely dark period in his life, since it was the first time someone very close to him had passed away.

But, like so many others before him, the story of sadness and loss would not define him. “I remember taking some time to myself, and saying that I have to overcome this. I can turn this sadness and grief into inspiration. It helped me to not give up despite the death of my grandmother because I knew that she was always going to be watching me from above.” Though we often think of support as coming from those who cheer us on from the sidelines, Poom draws inspiration from those who may be watching from a very different place. And that is inspiration in and of itself – and it has worked. Poom has been called up to the U12 Thailand national team, while also being called up to the U18 Bangkok United team for the youth league as a 16-year-old. 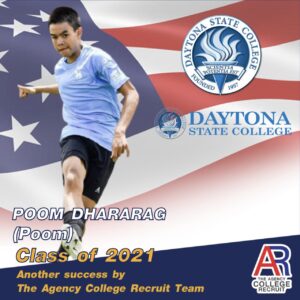 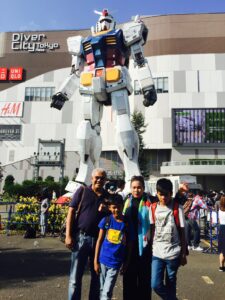 Poom has big goals for the future – at the college level, he hopes for both individual and team success while competing at a very high level. Furthermore, he hopes to go professional either in the USA, or even in the prestigious European leagues. He notes that these dreams are still possible because of both his family and the support system in place at The Agency. “My experience with The Agency has been great so far; they have helped me in so many ways throughout the year. Even when things got difficult and the process seemed overwhelming, they were always by my side walking me through the process. I could not have done this, or hope to achieve my future goals, without them.”

The future looks bright for Poom, though it is worth remembering the hardship, if only as inspiration that all of us can indeed rise from the ashes.