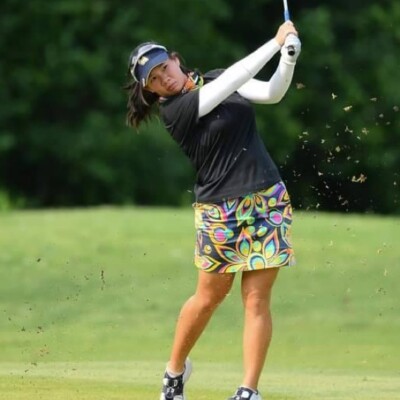 At the top level of US universities, we are increasingly seeing student athletes emerge that have a great balance between high athletic performance and strong grades. They are motivated and driven in every aspect of their lives, and Pimmada Wongthanavimok (Nena) is a great example of this new breed. 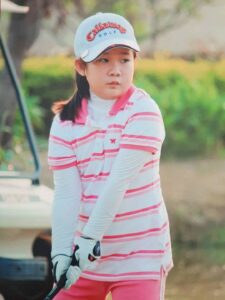 Playing since the age of 5, she was lucky to get some great advice from M.L. Orus Devakul that has served her very well since. He had seen her play, was impressed with her game, and advised her to ensure that she continued to push herself academically, while continuing to push herself on the course and develop her golf game. Nena has kept this as her mantra, studying in a trilingual language school, and becoming proficient in Thai, English, and Mandarin. And Nena has remained cognizant of the importance of this balance, stating, “Since then, I have the ambition and aim to use my golf talents as a tool to grasp a great opportunity, and combine studying abroad together with playing sport.”

And on the course, her results speak for themselves. She has been able to collect some prestigious honors in her amateur career, both domestically and internationally. In 2017 she announced herself on the local scene by winning the Chang Thailand Junior Golf Circuit championship. She followed this up with a victory at an international tournament in Malaysia, the 2017 AmBankGroup SportExcel International Golf Championship. She continued to win some local tournaments, but also went to test herself internationally, and performed well. In 2019 she won the Ciputra Golfpreneur Junior World Championships in Indonesia, then went on to star in the US, winning the IJGA World Stars of Junior Golf in Las Vegas, Nevada. 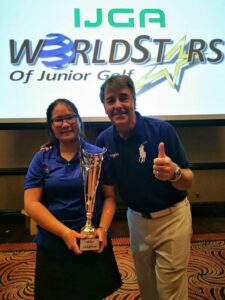 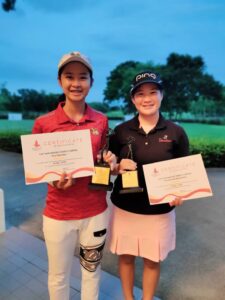 In 2020 Nena partnered with the Agency College Recruit, and was able to get offers from a number of top programs in the US. She eventually committed to play at the University of Arizona, a top Division One program.  At the same time, she was selected as a member of the Thailand National Golf team – both honors that have made her family very proud. But Nena is not resting on her laurels, and continues to pursue new standards of excellence, stating her targets as “My goals for my team are to work together to win an NCAA Championship. My personal goal is to win in the individual category and become an LPGA player. At the same time, my academic goal is to receive a WGCA All American Scholar award.” Her time at university has also shown her what it will take to succeed at the ultra-competitive D1 golf competition, as well as what it will take to win a spot on the LPGA tour.  Nena is gaining valuable competition experience, and getting physically and mentally stronger. 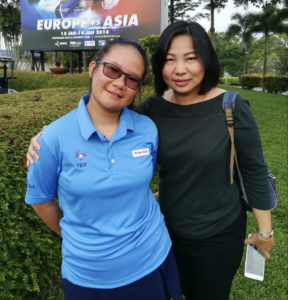 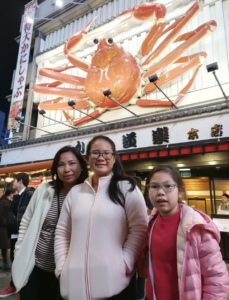 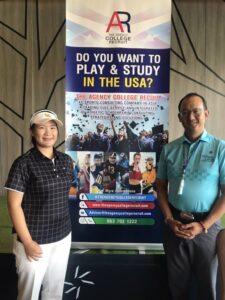 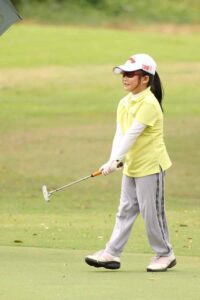 Nena looks back at her growth and development, and realizes how beneficial it has been to build a strong support team around her. All through her development she was surrounded by good coaches and mentors and she is quick to acknowledge how important they have been to her. “Mr. George and the team at the Agency College Recruit have made my journey to college golf in USA possible. And they continue to support my path to a spot on the LPGA Tour. They treat me as family and are extremely helpful in any area that I struggle or need help in. I wouldn’t have been able to obtain the scholarship and opportunity I have at University of Arizona if I wasn’t helped by them.”