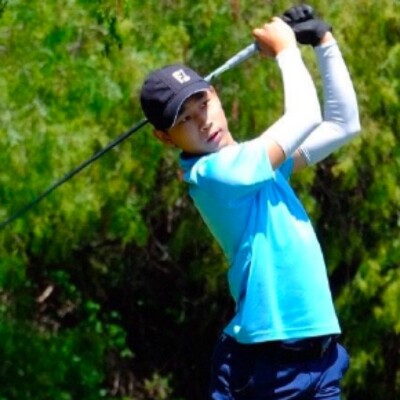 A History of Success

As athletes progress through the ranks of amateur sports, it is only natural for their CV to grow into something quite impressive. From local, youth tournaments to the international competitions that are possibly shown on TV, the list of opportunities for a competent athlete are endless. At The Agency, we pride ourselves on finding top athletes from throughout Asia who are willing to take the next step in their career by pursuing a collegiate career in sports in the United States. One such example is Napat Vorrasanpisut (Pun), a golfer from Thailand.

Growing up in Chonburi, Thailand, Pun started playing golf at 5 years old while attending the International School of Eastern Seaboard in his early years. While he did start playing golf at a young age, Pun notes that the turning point in his career didn’t occur until he was 10 years old. It was at this age that he watched his sister play at a tournament in Florida, and fell in love with the competitive nature of the game immediately. Since then, he has competed seriously for 10 years while attending the American School of Bangkok from grades 10 to 12.

And his career since then has been filled with multiple successes with many trophies, all the way from Class F to Class A tournaments in both Thailand and internationally. He started 2016 strong with two wins at the Optimist International Junior Golf championship and the TGA-Eastern Junior Golf Tournament. Later in the year, he finished two rounds both under par at the Annual FCG International Tournament in California. He wrapped by qualifying for the Singha Thailand Junior World Championship, finishing a respectable 5th. 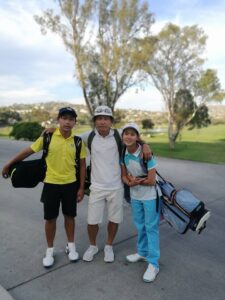 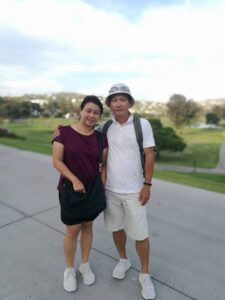 Since then, he has gone from strength to strength, including further first-place finishes at tournaments in Singapore, Thailand, and the United States. However, the success did not come without its own obstacles. While flying all over the world for his golf tournaments, Pun was forced to balance both his academic studies and his golfing aspirations. “I felt it was a very hard thing to do – to balance my academic life with this new, exciting journey I was taking in the golfing world. But my parents helped me a lot, both in a psychological sense and a physical sense to get through all the burdens I was carrying.” 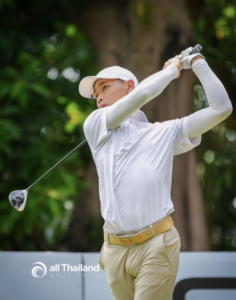 He also drew from an inspirational professional a lot closer to home in Tiger Woods, who he dreams of emulating one day. Pun has larger goals for the future, too. He plans on attending Southern Utah University in August 2021, while hoping that he can do well in both academics and golf while going to school in the United States. He realizes, though, that all this would not have been possible without the extensive support system he has had throughout his career. “I would like to thank my family, who was with me from day one until now, and into the future. I would like to thank my coach, Pro Chonrat, who has been coaching me from when I first started to play. Of course, I would like to thank Coach Richard at SUU for trusting in my ability and selecting me for the class of 2021 at SUU, and for giving me the scholarship and the means to study there.” 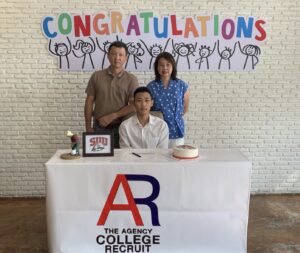 His support system was supplemented by The Agency, who is proud to cite Pun as one of our success stories of recent years. “I would like to thank The Agency for the help and support they gave me to make the whole process smooth. They offered very good sources of information, which I needed to help make my decision on which college to attend. They were excellent in dealing with me and my family to make sure we were making good decisions. Finally, they always communicated well with us throughout the process. I would especially like to thank Khun George for giving me the chance to meet up with the coaches at SUU.”

Pun may have a long history of success, but even his story shows how sometimes we all need a helping hand along the way too.