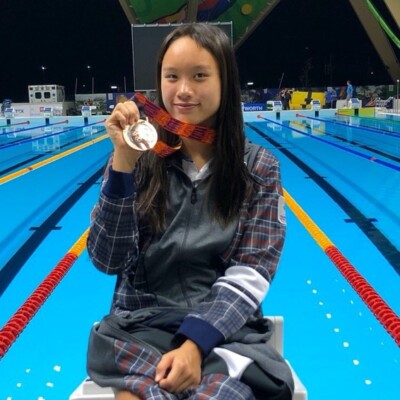 While many of our clients at The Agency College Recruit are focused on their collegiate sports career, there have also been clients who want to start the journey from an even earlier stage. One such case is that of Manita Sathianchokwisan, “Fresh,” who currently attends The Bolles School in Florida.

Fresh grew up in Sisaket, Thailand, where she started to learn all the strokes and basics of swimming at the tender age of 4 years old. However, at the age of 10, her family decided to move to the capital city of Bangkok for her swimming and academic career. She cites this as the major turning point in her career, seen as the moment where she fully realized that she wanted to pursue swimming seriously. 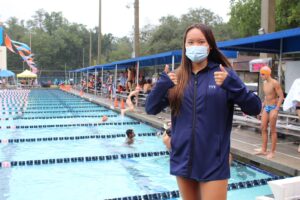 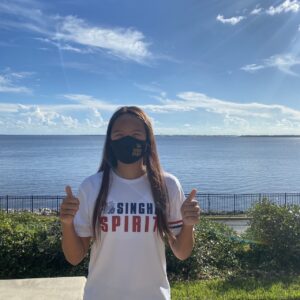 The move from the small-town feel of Sisaket to the bustling metropolis that was Bangkok was a major leap in both her personal and swimming life. As she became more noticed and more serious in her athletic aspirations, Fresh realized just how hard she would have to work to make it in a very competitive field. It included early mornings and late nights in the pool, though the biggest change in her life was yet to come. 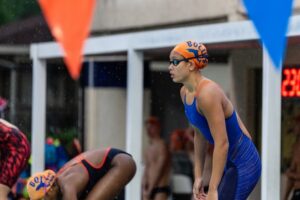 At the age of 15 years old, Fresh made the drastic decision to move again. This time, however, she was not just changing cities, but continents. After discussing the move with her parents and multiple interviews with other high schools, Fresh decided to move to Florida as a boarding student at The Bolles School, a renowned private institution known for the academic and sporting success of its students. It signified an irreversible step towards her ultimate goal of a professional swimming career, one that she one day hopes will take her all the way to the Olympic games.

The move has proven to be in her best interests. Since deciding that she wants to pursue swimming professionally, Fresh has represented Thailand at the 2018 and 2019 Asian Games. Furthermore, it has helped her to gain the attention of the swimming team at Texas A&M University, whom she has verbally committed to upon her graduation from The Bolles School in 2022. She will follow in the footsteps of another Thai national swimmer, Kornkarnjana Sapianchai. Speaking of her excitement at joining the Texas A&M family, she said: “I am beyond excited to announce my verbal commitment to continue my academic and swimming career at Texas A&M University. I am truly grateful for my family, coaches, teammates, and friends for all their continued support. I can’t wait to be an Aggie!” 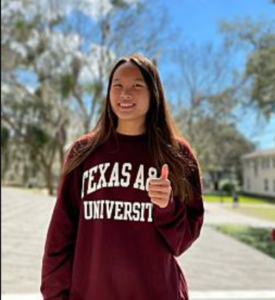 However, the prospect of competing at college has not diminished her desire for success at the high school level. Hoping to build upon her second-place finishes in the 2019 and 2020 Florida State Championships, Fresh hopes to take home gold in the 50- and 100-yard freestyle races. Her aspirations extend to the national team as well, where she hopes to make her nation proud by winning gold in this year’s SEA Games in the same races. And hopefully, she will break some records in the process as well.

Throughout this journey, she notes that the obstacles and challenges she has faced have seemed beatable, mostly because of the inspirational figures in her life. The first of these is P’ Aume of the Thai national swim team, who she idolizes for her excellent discipline and work ethic. “She works hard and respects everyone from coaches to other competitors,” says Fresh. 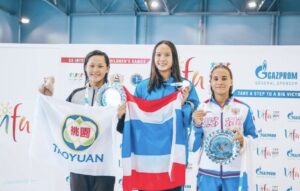 However, she also acknowledges how influential her father has been in her journey. She says that she was inspired by her dad to become a great athlete, teaching her to become stronger and more patient int eh process. “I would like to thank my parents for their continued support throughout all of this, for all of their love and everything else that they have done for me.”

And of course, her journey to The Bolles School would not have been possible without The Agency by her side. She serves as yet another example of the diversity of students we encounter, and how we tailor our services to provide our clients with the best experience possible. “The Agency helped with contact schools, prepare for their interview process, and eventually helped me succeed in a new environment where I was unfamiliar with the surroundings, people, and process. Thank you for believing in me, and for helping me start my journey to professional swimming. From the initial emails to my verbal commitment to Texas A&M, they have stood by me ever step of the way, and I could not be more grateful for the experience.”