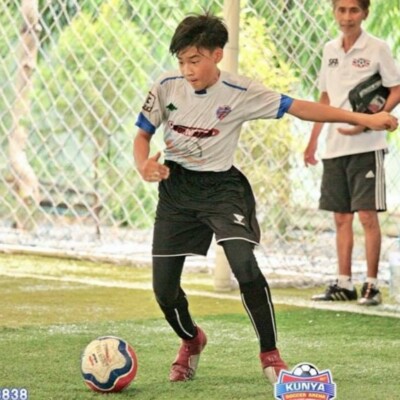 THE LESSONS WE LEARN

We at The Agency have encountered many different athletes at different stages of their careers. We have seen those who are ready to progress to the collegiate level. We have seen athletes just beginning their high school careers. We have seen varying degrees of commitment from each athlete. But we are certain that we can tailor your experience to fit your specific needs. Among the athletes who have yet to really appreciate our full range of options is a young soccer player, Chayaphon Sukulpredakorn (Paul). 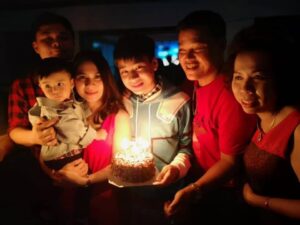 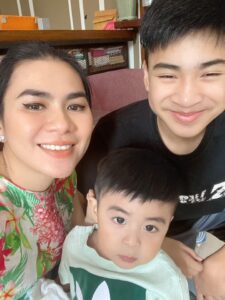 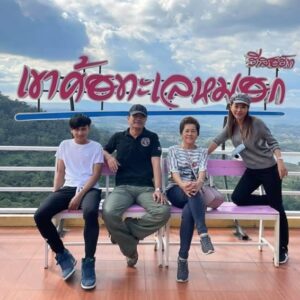 Paul grew up in Rangsit, Thailand, where he began to play soccer at the age of 11 years old. He had always enjoyed playing sports and staying active, and thought that he would like to learn more about the world of athletics. It initially started out at the age of 10 in PE class, where he was desperate to join in on the fun being enjoyed by his friends. At the time, he found it difficult to get into that particular clique because, as he notes, “I wasn’t very good at sports at the time, and so I tried hard to learn how to play, and asked for advice from many people.” Among the people he asked is his dad, from whom he not only learned the basics of many sports, but also gleaned valuable nuggets of information from his experiences. “My dad is a very strong man, and I appreciate that characteristic in him, and it has been an inspiration to me.”

Paul’s desire to pursue sports was only strengthened when he joined the school soccer team, for which he was chosen to lead as team captain. Not only did it represent a new responsibility for the young man, but it was also his first serious foray into the world of competitive sports. And while many people were excited to see him embark on this journey, Paul remembers that not everyone was so enthusiastic about the idea. “At first, my family didn’t really support my dream to play sports at a competitive level. And that was really hard to take. But, over time, I showed them that this was something I really wanted through my hard work and training.” 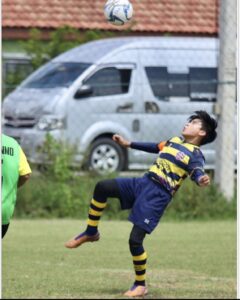 It has also helped that The Agency has shown his family the benefits of pursuing sports as it relates to his academic career. Now, alongside his sports career, Paul hopes to get a scholarship to college (and will train hard for it) so that he can both live out his dream at the NCAA level and get a degree that will help him long after he has hung up his football boots.

The adventures and lessons gleaned from this athletic journey go far beyond soccer in their application. Since beginning his soccer career, Paul has learned many valuable things from his time on the pitch. Among these is how to deal with the losses (as all great athletes have to do). In fact, he says that losing is when he learned the most from his experiences. “I remember a time that my team was in the final of a tournament. After being tied in regular time, we were faced with penalty kicks, and I stepped up to take one. I had to score, otherwise we would lose. My heart was beating so fast. I ran up, kicked the ball, and the goalkeeper saved it. I remember sinking to my knees and feeling so incredibly guilty for letting my teammates down. But to my surprise, all my teammates and coaches came over and cheered me up and not pressuring me at all. Since then, I have learned that every game has a winner and loser. But we can’t get so invested in the game that we forget the lessons we can take from the losses as well.” 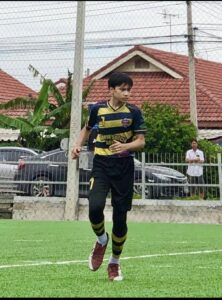 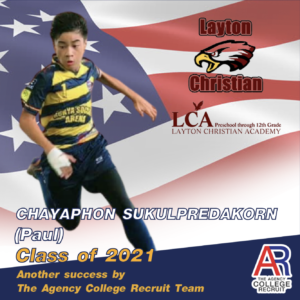 His journey has definitely yielded some important lessons along the way, but now he enters a new stage of his career: applying to and getting college offers, something he has never done before. Though his experience with us has been brief before the process really kicks into gear, we at The Agency are prepared to help him along on his journey. From the beginning stages of sending emails to the final process of accepting offers, we are committed to Paul and his journey to college soccer. And we are confident that we can help him to achieve his goals, as so many athletes have done before him.

Paul’s ultimate goal is to become a professional soccer player and gain a reputation on the international stage, something very few Thai players before him have been able to do. However, he is confident of living up to the task, and showcasing his ability on the world stage, where everyone will be able to see what happens when you work hard, stay focused, and take the lessons you learn to heart.