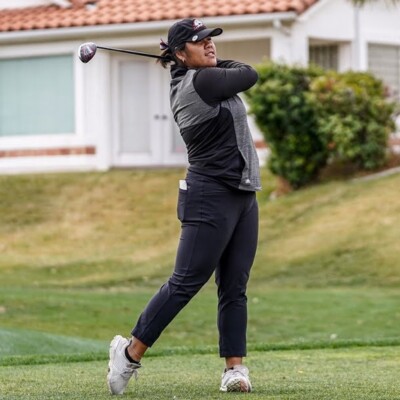 SUGAR, SPICE, AND EVERYTHING NICE

Champions are made of many different ingredients and characteristics, and Chanikan Yongyuan (Pluem) embodies so many of these traits and qualities. Even when she was just beginning to play golf, at the age of 10, she was not convinced that golf was the game for her and she momentarily drifted away from the game. But once she got started again shortly after, she fell in love with the challenge and subtle intricacies of the game, and has never looked back. 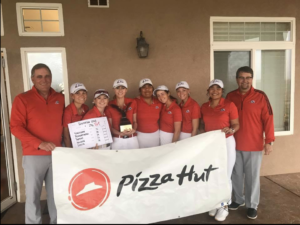 Like most kids, Pluem was shaped in her early life by her parents. Close to both of them, and full of admiration for the love and support they gave her, she was introduced to a variety of sports so she would have a healthy lifestyle. Her mom played volleyball in school, and her father was interested in a variety of sports, and this love of activity, and commitment to train hard and stay committed to being excellent, have served her well as she worked her way up the golf ranks.

Pluem’s golf career really blossomed after being introduced to Southern Utah University by the Agency College Recruit, and joining the program as a scholarship athlete. The head coach quickly saw the talent she had, and she was offered a full scholarship. In her freshman year of college, she quickly showed her potential, becoming the first women golfer in Southern Utah history to qualify for NCAA Regionals, be named Big Sky Freshman of the Year and winning First Team All-Big Sky honors. In addition, she won her first-ever collegiate tournament, claiming first at the 2018 Hobble Creek Fall Classic. Across her different tournaments in her freshman year, Pluem also shot the three-lowest rounds in the history of the program, carding a 63 (Hobble Creek) and two 67’s (Red Rocks and GCU Invitational).  She stayed very consistent through the year, finishing the season with two individual victories and one runner-up finish. 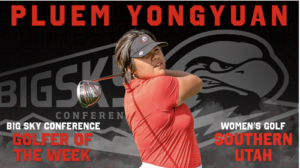 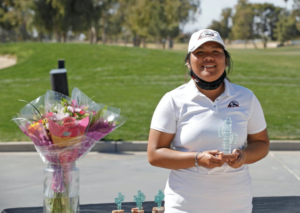 Then, in her sophomore year, like so many college athletes, COVID-19 curtailed many sports activities and tournaments, and things ground to a halt. Even with the reduced calendar, Pluem was able to win another tournament and collect some top-ten and top-five finishes. Then in the summer of 2020, Pluem captured another major honor, qualifying for the U.S. Women’s Amateur at Woodmont Country Club. In her junior year, she continued her development, grabbing another tournament win and temporarily claiming the number one ranking in NCAA D1 women’s golf. 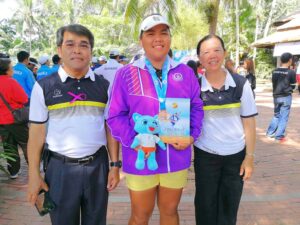 While Covid eliminated tournaments and restricted opportunities to compete and develop, for international students competing and studying in the US. there was a far more difficult aspect. With travel curtailed, and many restrictions being placed on all students, this was a challenging time for Pluem. Not only was she in a foreign country and living away from her family, but all of the normal aspects of college life were taken away from her. On top of this, going home for visits was not an option.  Pluem took these challenges head on, and turned the barriers and the negatives into opportunities to instill more mental strength into her game. “I had to grow up and be an adult in a real world. That was a scary experience, I’m not going to lie. Having to go to college and also being on a college golf team is tough. It’s a lot of hard work and patience. Then being away from home during the pandemic added another difficulty. I had to still do well both in school and golf while I was thinking about my parents and being isolated. I had to overcome those difficulties to be able to achieve and perform at the highest level, and to play well and consistently.”

Through all of this, Pluem drew strength from her family.  “I always look up to my father, he’s a very hard-working man. He also always sees good in people. He doesn’t’t give up on things easily. He worked very hard in the past to become a doctor. And I also look up to my mother; she’s like a wonder woman. This woman does everything in the house but she still found time to be with me and take care of me. She’s the one who drove me to practice after school every day. They are both my emotional support.” 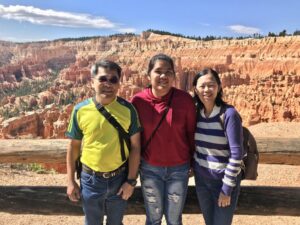 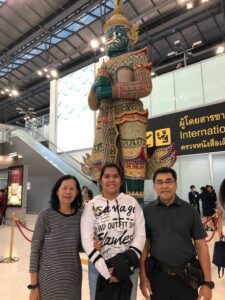 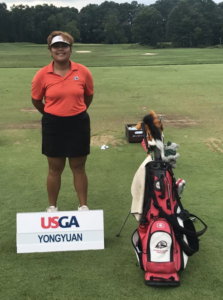 Success has come for Pluem both on the course and in the classroom. She attributes much of this to her school and they great fit they are for her. Although her goal is to become a professional golfer, she is determined to study in her fifth year, and attain a master’s degree in Business Analytics. Pluem sums up her school very succinctly, stating “My college has been spectacular. I have learned many things from being in college. What I love the most about Southern Utah University is that every professor is willing to help you with everything academically – they will not let you fail the class if you’re putting in the effort. Everyone in my college is very friendly and helpful. They treat me nicely and equally. And they support you in your journey as a student-athlete.”

Pluem and Southern Utah have been a great fit, and Pluem is grateful for the work done by the Agency College Recruit in making this partnership come together.  “The Agency is a very nice organization! If it wasn’t for them, I wouldn’t’t have been able to meet golf coaches from many universities, and get introduced to coach Richard Church from Southern Utah University, who gave me this opportunity.”