Like so many Thai boys, Nuntawat Nithilertvijit (Champ) started playing soccer at an early age. Small groups of friends, playing in small sided games. It was not until Champ moved to New Zealand that he got his first taste of 11 aside, and he was hooked. “In Thailand, my friends played every day for fun. Then I moved to New Zealand, not for football but because we liked the school system there. When I joined the team in New Zealand, I started training properly and that’s when I started to take soccer seriously.” 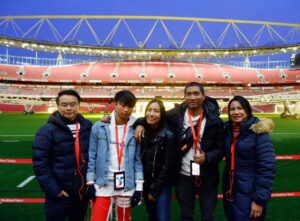 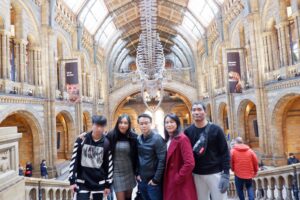 Champ had success in both countries, playing in tournaments in both Thailand and New Zealand, and winning tournament MVPs and top goal scorer awards. And this initial taste of success made Champ eager to continue his journey, and look for challenges in both soccer and education. This early time in New Zealand also opened his eyes to the opportunities that existed to develop himself overseas. As with so many other scholar-athletes, the best path to make this dream come true was to apply to study in the US, and find a situation where he could continue to excel.

The Agency College Recruit partnered with Champ to find a school that was the best fit for him. Champ was keen to get in a school where he could continue to develop, be able to get playing time, and also be challenged academically. Ferrum College in Virginia was the best fit for Champ, with the added benefit of having a few other Thai students on the varsity soccer team. And Champ continued to develop and get challenged. “What I experienced in college is that the competition is harder. The players are bigger and stronger, as well as more experienced. And you are always fighting for your spot, working to get more playing time. But this matched my expectations – I knew it was going to be like this, and I knew it was going to be challenging. But I believe that if you work hard enough that anything is possible, and all difficulties can be overcome.” 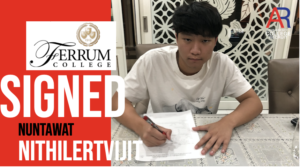 Champ’s experience in playing in different places, and living in different situations, has also opened his eyes to the possibilities in his future. Like so many kids playing soccer, he would love to go professional. He looks up to players like Lionel Messi, and how they conduct their lives both on and off the field. “I admire Lionel Messi. He’s the best player ever, in my opinion. He’s my idol on and off the pitch, and because I’m left footed like him it makes it easy to learn from what he is doing. At the same time, he’s also very humble even though he’s one of the best players in the world.”

Like any athletes that aspire to greatness, and want to pursue their dreams, having the support network around you is essential. Champ’s family and friends in Thailand were always supporting him – in every way that they could. “When I’m tired, I call them and I feel better. Especially I want to thank my parents, I would not be where I am if it was not for them.” And of course, he is thankful to the support and information, as well as finding many college study options, that was given to him by The Agency College Recruit. “They went out and found a bunch of great colleges for me, and that was all I could ask for. They worked hard to find options that were the best fit for me, and for that I am grateful. I would not be here at Ferrum if it was not for The Agency.”