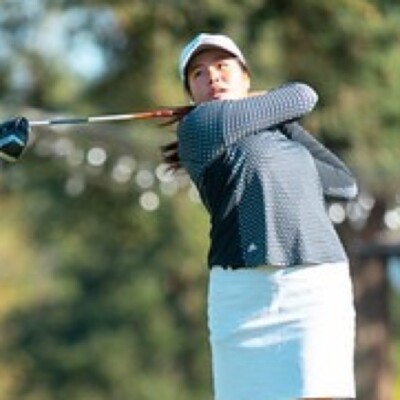 Many athletes face barriers when they are trying to develop to the highest levels – for some, their ability to overcome doubt and lack of self-discipline is what makes them successful. They are examples of the power needed in the mental side of their game to transform the physical and technical aspects to perform at a high level. Tanyatorn Thalangkarn (Excel)’s story embodies much of this, and continues to help define where her journey will take her. 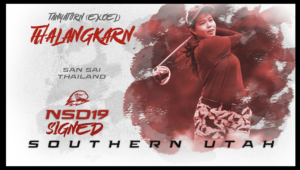 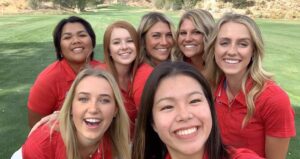 Like many athletes, she started at a young age. For Excel, she began hitting balls when she was four. This gave her the strong technical grounding in the basics she continues to exhibit. But there were little social aspects to her training, and she went away from the game before returning at the age of 8. Driving by the course in Chiang Mai each day, her heart just said to her “Let’s go back and hit more balls”.

Excel grew up being very close to her mother, as her father often had to be in Bangkok for work commitments, while her mother taught at the university in Tak. Eventually she moved back to Chiang Mai, where she had a normal child’s life, getting involved with a variety of sports – like dancing and swimming – and developing both balance and power, as well as a love of activity. 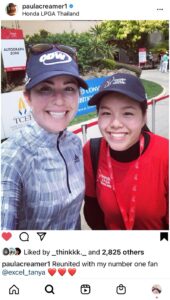 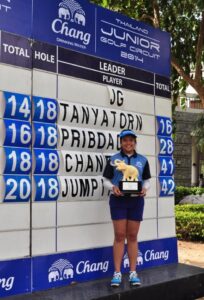 By 2014, Excel’s casual relationship with golf had begun to change. She entered a Chiang Thailand Junior Golf Circuit event, and went into it with a goal to really challenge herself and do her best.  “Before the tournament, I put all of my efforts into every practice, as I wanted to be prepared for every possible situation that could happen during the tournament. I would say it’s extremely tiring, but it was worth it! This tournament changed my life forever, in terms of confidence and my mental approach to the game. I learned a lot as that was my first four-day tournament.  It was a pretty tough, challenging, but fun course at the same time. Then later, when I was 15, I won my first playoff and finished as champion. My round was capped by a wonderful second shot and putt for birdie in the 2016 Chang Thailand Junior Golf Circuit event. Although I consider both of these tournaments as a major success, it is just part of the steps that have brought me to the goal of receiving the scholarship to study at a US university.”

Even with these successes on the course, Excel has also struggled with the mental side of the game, getting upset with herself when she was not reaching her goals and contemplating stepping away from the game. Her story is a great example of how important it is to have a great support structure that supports you through the tough times, and believe in what are doing, and are totally committed to helping you make the best choices. “To be honest, I had already given up on myself, and had changed my goal from being a student athlete in America to being a normal student in Thailand. I had left my dreams behind as I didn’t believe that I was talented left in golf anymore. I had been struggling with myself for a month, consulting with my mom every day. Then I had a conversation with her that changed my life. My mother told me she believed that I had lots of talent, and I had put many years of work into my game. But if I wanted to change my life goal, she would be there by my side and support me in whatever I chose. This conversation empowered me to rededicate myself and push through these tough situations and doubt.” 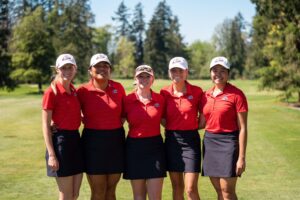 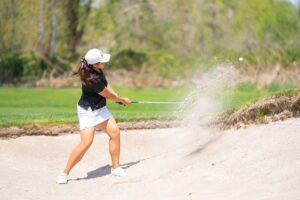 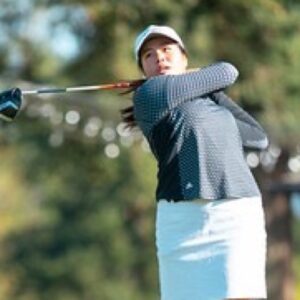 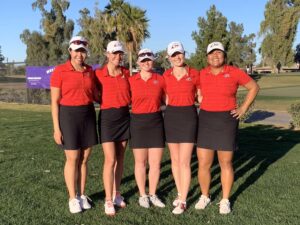 Presently at Southern Utah University, Excel is at a different stage in her life, as she has seen more of the world and been able to experience the unique life of a student athlete in the US. And she could not be more thankful. Being at university has opened her eyes to a whole new life, both in terms of what she wants to do on the golf course, but also the number of opportunities that study in the US has presented to her. She is developing new skills and tools that will guide her in everything that she does. Her partnership with The Agency College Recruit has been instrumental in bringing her to this point. Excel views the Agency as a tool that has acted as an intermediary for her in opening doors in the US college network. “If I didn’t have them helping me, I would never have gotten recruited to become a student athlete at Southern Utah University.  I would like to thank the entire Agency team; especially, Khun George who created The Agency for people who dream to be a student athlete in the future.”