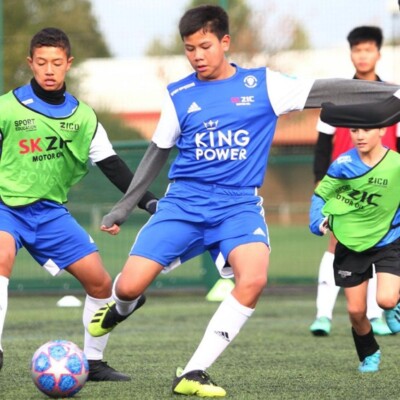 Here at The Agency College Recruit, we help athletes to fully realize and pursue their dreams, whether that be at the amateur or professional level. From aid that comes in the form of interview preparation, email writing, or coaching contacts, we pride ourselves on being there for you every step of the way. But there is one part that we cannot control – and that is a client’s belief in themselves. And for one young man, Sirapob Tippayapaphanupap (Khame), that proved to be one of the biggest obstacles of them all. 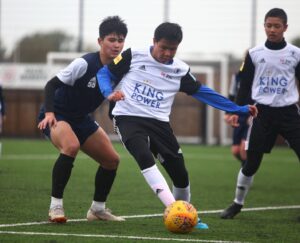 Growing up in Chonburi, Thailand, Khame was not alone in wanting to pursue dreams of footballing glory at the highest level. However, as a young child, he played many sports; in the back of his mind, though, he always knew that soccer held an allure for him unlike the other sports. At the age of 8 years old, he decided that this was the sport he really wanted to play above all the others. However, that choice did not come with some significant self-doubt. Among the issues that Khame faced was his weight; he describes himself as the “fat boy who played goalkeeper.” During this young age, he was greatly influenced by the words of others, who criticized him and whether he would actually be able to play soccer at a higher level. Like any normal human being, the words of others both hurt and inspired him to be an even better player.

The turning point in his career was twofold: firstly, he found a coach that inspired him to believe in himself. Khame was told to ignore what others were saying and focus on what he could control, which included his weight and becoming a better player. Secondly, and just as importantly, Khame made the decision to change positions from a goalkeeper to an outfield player. He remembers the training being extremely difficult as he had to focus on improving his technical and tactical ability, two things which had not been utilized to the same degree in his previous goalkeeping position. Khame also used his footballing idol, the great Spanish defender Sergio Ramos of Real Madrid, to motivate himself during these hard times. He describes Ramos as a “predator hunting his prey.” 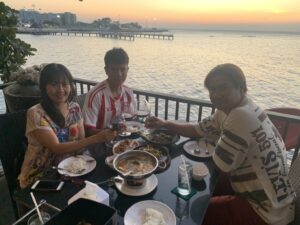 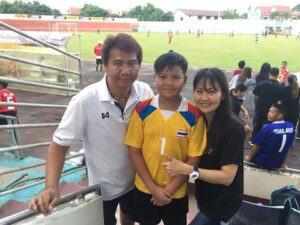 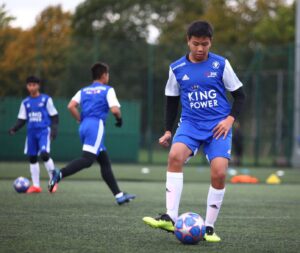 The obstacles that Khame has overcome have yielded great rewards. In 2020, he was chosen to join the Thai Navy Football Academy, one of the top youth academies in Bangkok, and known for producing high-quality youth team players. He also enrolled at the highly competitive Assumption College School in the same year, adding school footballing experience to his club experience in Bangkok. There was further success and joy in 2020 – Khame was chose to join the Zico Foundation’s trip to England. On the trip, he was allowed to observe professional training sessions, while also participating in training sessions with other youth players as well. The experience has only grown his passion for the game and reiterated his desire to perform at the highest level, both individually and as a team player.

Khame is not content to stop his career at the high school level. He has high expectations for himself over the next few years, not least that he expects to compete at the NCAA level in the US college system. Of course, the ultimate goal is to become a professional football player, though he is still unsure of where that path will take him. In preparation for such an undertaking, he has also been enrolled in a bilingual program at school since his kindergarten years in order to better understand and speak English. His family has been paramount to his journey, with Khame saying, “I want to thank my family for all the support they offered even when the training was difficult.” 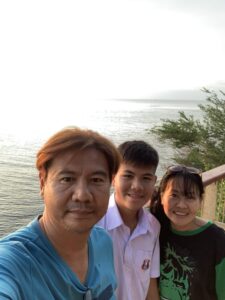 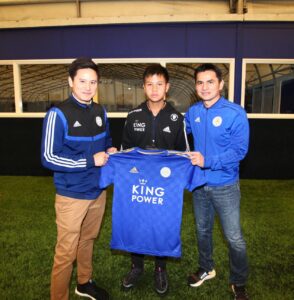 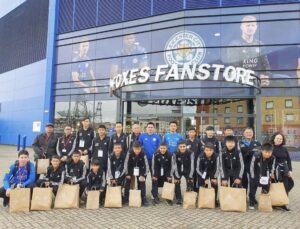 Since his choice to pursue a football career, the Agency has stood by Khame every step of the journey. “The Agency has helped me to choose the right school, as well as making sure that every step of the process was followed up. They greatly helped my family in making hard decisions and made sure that we were informed when making these choices. At the end of the day, they wanted what was best for me, and believed in my ability, so those were two things that I really appreciated from their end. Thank you so much.”

From his beginnings as an overweight, amateur goalkeeper, Khame has been on an upward trajectory, and there is only one place to go from here: onwards and upwards.