EYES ON THE PRIZE

Supasan Somkidlert (Time) is a Thai footballer firmly focused on doing all the right things to ensure he is fully prepared when his opportunity comes. From when he was young, he was playing football, in love with the game, and always enjoying the camaraderie of his team. Playing from the age of 7, Time really saw his love for the game bloom when he was 13. And like so much he has done, he had set his foundation well, and enrolled in Assumption College, a Bangkok school that is famous for developing and nurturing talented Thai footballers. This subsequently led to the opportunity to play at youth level in Thailand for another well-known club, Osotspa M-150. 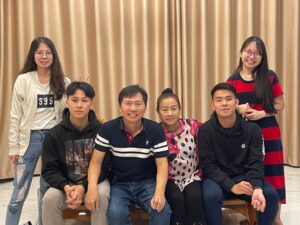 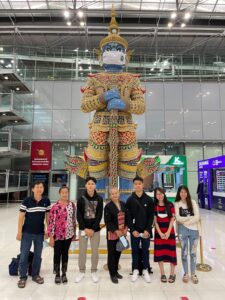 Athletes who have been able to attain greatness often have a story that shows their commitment and their willingness to give up so many things that kids are tempted by, and Time is no exception. Growing up in Bangkok, his life revolved around football, school, and family. Time has a longing for the game, and a burning desire to see how far he can go. And he has never allowed distractions to make him veer from his course. But Time says the sacrifice is worth it, saying “I grew up in Bangkok, and my childhood experience was filled with training and studying. I go to school, to training after school, and back home. On the weekends, I go to training in the morning, study in the afternoon, and then spend time with my family in the evenings. I feel like if I want to be a success, I must be willing to give up something that is not necessary.”

After truly falling in love with football when he was 13, Time got his first glimpse of the hard realities of his path a year later. Playing in a U-15 league as an underage player is a challenge – especially the difficulty in getting more playing time on an older squad. But Time turned this into a good thing, learning a valuable skill in dealing with obstacles and barriers.  “For a footballer you always feel bad when you didn’t play. But I kept my head up and learned from it. I watched every step that the first goalkeeper took, how he played and what he has and I don’t.  Instead of blaming others when I didn’t play, I started to improve myself to be good enough, and to make the coach believe in me. I kept training and training and training. In the next year, I improved a lot by learning from others and it works. I started every game and become a main player of the team.” 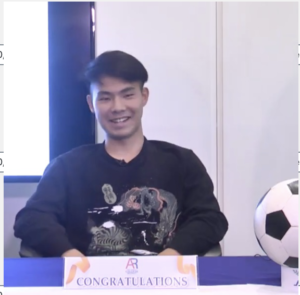 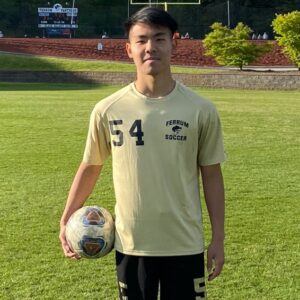 In football the real test for players is in their late teens, as players encounter distractions that pull them away from the game. And it is also the time when academies begin to make contract decisions on players they want to keep. Time was fortunate – and talented enough – to get a scholarship at this time to get a scholarship to study and play in England, at the Ackworth school. This was a turning point for Time, opening his eyes to football and academics in England, and a glimpse into what professional footballs entails. “This was a turning point for me, as I improved a lot in both academics and football. I had a great experience, learning how to live by myself far from home and seeing how a proper football club is organized. Later I was able to get a scholarship to study at an American university. I got accepted to Ferrum College in 2020 with the help of The Agency College Recruit.”

Time is enjoying his time in the US, and is one of our many success stories at The Agency College Recruit. And at the end of the day, we are committed to the satisfaction of our clients, finding them the right school that fits both their academic and athletic needs. “I’m very happy that I entered the US university system, since it is such a good path for me to get to the professional level. Besides this, there are many more opportunities and schools which take football seriously. But none of this would have been possible without The Agency College Recruit. Because of their help in preparing me, talking to coaches, and getting my final offer, I was able to realize this dream.”

Ferrum College may only represent the first major step in Time’s career, but we hope there are many more significant moments to come. And we will be there, every step of the way.